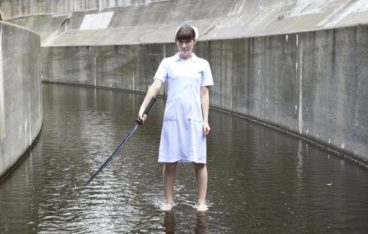 I used to be a dental technician.
When it comes to dental technicians, you can process gold to make tooth fillings.
Make real-life teeth with porcelain
The reward is the asking price and you get money like hot water from the dentist,
There seems to be an image like this.
Sometimes I think I’m a dentist. ..

Dental technicians work long hours anyway.
Working until the last train is a matter of course, and in the worst case, working until morning.
I sometimes hear stories like working 25 hours.
In order to make it in time for delivery in the morning, I worked all night and worked the next day as it was …
If you work like this, it will put a heavy burden on your mind and it will go crazy.
The modulation of the body has occurred.
In such a state, young children will quit one after another.

The workplace where I used to work was so strict that time management was unusually strict.
You have to polish 10 pieces in an hour, you have to wax up 9 pieces in an hour,
If you are late, you will be called to another room and beaten, or your head will be hit during work.
It was a place where such blood and violence suit.

Actions I took when I wanted to quit my dental technician

Dental technicians are unusually long, and the current workplace is a place where violence is rampant.
I quit my job and was looking for a new workplace and a new environment.
So I registered with a temporary staffing agency, looking for a job,
I continued to go to the company.
I also went to the Philippines for a three-month briefing session on studying English.

Why didn’t you quit your job and go to the job placement office?

I can’t help but want to quit …
But I can’t quit.
The reason is that I don’t have any savings.
I lived alone at a low wage, so I couldn’t help but
If you run out of money before your employment insurance expires
I can’t quit the company because I can’t live.

What does it mean to have no money

When my consciousness was stunned, I was yelled at midnight,
My mental state was also at its peak …
I want to quit, but I can’t quit.
I could quit if I had money …
I don’t have money
You can’t eat good food, you can’t live in a large room, you can’t wear second-hand clothes with a premiere,
That’s not the case.
To a cruel capitalist who has only the money to treat people
It is used until death.
It was in my early thirties that I realized that I didn’t have money.
My goal is to get out of hellish everyday.
From there until you find a new workplace
I continued to work in a place where lack of sleep and violence were widespread …